Thursday got off to a rotten start – Des was sick, he had a stomach bug. Sara told me he went to bed with a fever and spent a significant amount of the night up-chucking. So, it was all touch and go. The airline was no use at all. Sure, we could go the next day for the princely sum of $7,004 – I kid you not. Anyway, he was getting that flight, he had no choice. And it was fine. He was feeling better with every passing hour (was still off his food) but insisted on trying the cucumber water in the fancy lounge place.

Desmond feeling at home in the Admiral’s Club. He’d better enjoy it, it won’t last long.

One thing Des wanted to do on this trip was take advantage of the fancy airline lounges and rate them, against each other. I’ll be honest, I like airlines lounges, they are a welcome fancy perk. The complimentary beer and wine, the snacks, the guacamole bar. Yes, the guac bar – at 3pm at Logan’s Admiral’s Club, a man makes fresh guacamole right in front of you while you tell him what you want in it. Served with Tostitos. Yum. With Desmond’s appetite clearly on the mend, Desmond demanded his guac – he said it was just like getting a sample at Wholefoods or Trader Joe’s, and I know he loves that. 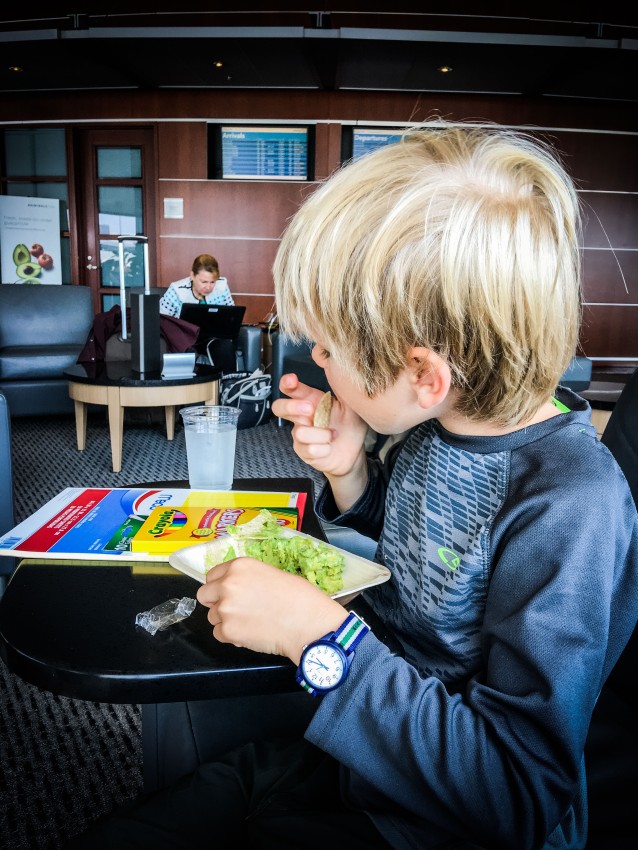 Eating freshly made Guacamole from the Guac Bar.

Anyway, he liked the Admiral’s Club lounge at Logan, he rated it at a nine out of ten, mostly because of the guac bar and partly because of the view. He rated the lounge in Philadelphia as a seven, because there was less space, more crowded, and it was a long walk to the gate. 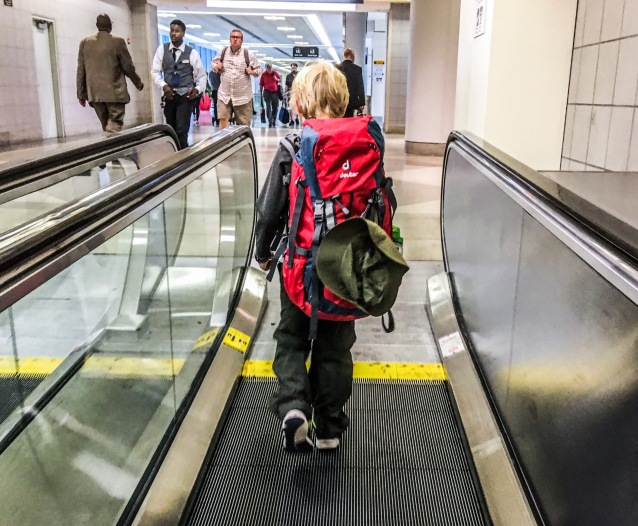 Our flight was half full and we had a row each to ourselves. He ate, watched some Harry Potter and I made him a little bed and he slept until just before landing at Manchester. 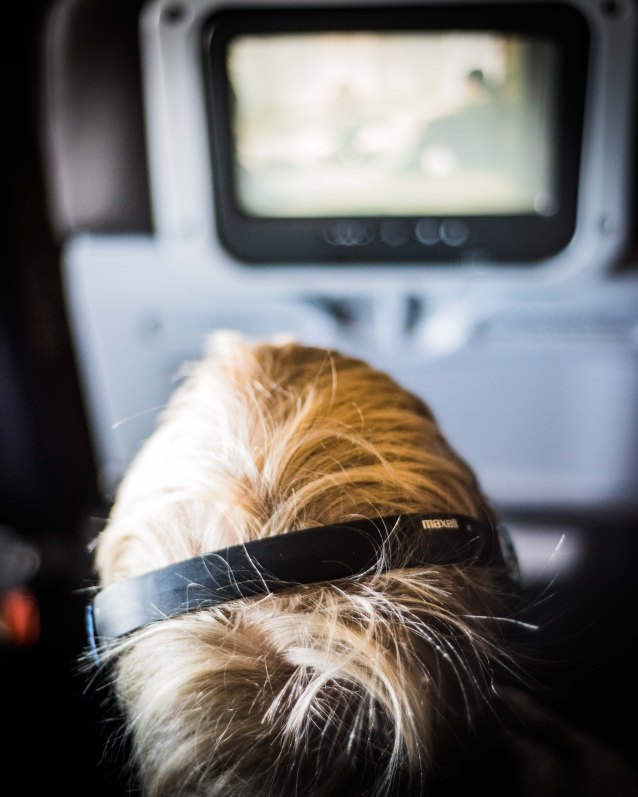 Watching a bit of ‘Arry Potta

It was also Desmond’s first time using a British passport. UK Border Force asked us as we went through passport control if “we’d had a good time in America,” thinking we had come home.

Desmond didn’t know what to say to that – a truly rare moment.